Taking Control of the Room
By Bert Decker

Joel Mowbray is a nationally known syndicated columnist who spoke at a suburban home in Marin County last night, and gave a superb example of how to take control of a room. The event was to be a small gathering primarily to hear Joel, but also to enjoy the group and drinks and appetizers. Ended up more came than expected, so it was packed with over 125 people squeezed into a living room - overflowing into two other rooms and halls. Couldn’t move much, much less eat or have a glass of wine. 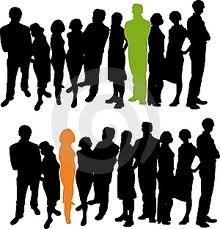 I thought that with this crowd, all standing uncomfortably,  Joel would just give a few remarks and tell people to enjoy the party. But he did so much more, and kept everyone’s rapt attention for over 45 minutes!

Here’s how he handled it. (And in the same form we give feedback in our Communicate To Influence program, let me mention 3 Keepers and 3 Improvements.)

Improvements (only ones are in the Q&A Session):

But the improvements were minor compared to the impact he had, and how skillfully he spoke. He handled the room, and the audience was the better for it.

One thought on “Taking Control of the Room”