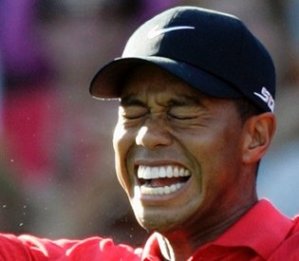 Although it was painful for Tiger Woods to have his giant size ‘statement’ this morning, the key question is: was he believable? Oh, we want facts (is Elin leaving? when is he returning to golf? is he staying in rehab?, etc) but that information we could get from his web page, where he has announced everything else. We want to see him. We want to hear and ‘feel’ him to judge for ourselves.

My book “You’ve Got To Be Believed To Be Heard” is a case in point. Before this morning, Tiger Woods lived a life of deception – lying to Elin, to his friends, and to millions of his public. He was not believed before his statement. He had to be telling a dozen or so lies a day to keep up his dual life. Has his deception changed? If he’s not believed, he won’t be heard.

So the question is can he regain our trust and his credibility? This was a messaging event where we had to see his heart.

We saw a different Tiger Woods. Here is what he did well:

It’s all about messaging, creating a positive experience that moves the ball in the right direction. He hit a long drive down the fairway.

Here’s is what was missing:

Ultimately, we’ll see. The words, and this communication experience he’s created, are an important first step. As he said, Elin will judge his behavior, not his words. So will we.

A couple of months ago we had him as one of the Ten Worst Communicators of 2009 – mostly because he shut up and did not communicate, much less speak openly. And whenever he did speak, he never really communicated whom he was even before his downfall. Lesson for all of us – if we don’t communicate openly and authentically, we just don’t communicate and will fail to get a believable message across. The Tiger has now talked.

So Tiger Woods is now out in the fairway, and close to the green. Tiger Woods next couple of shots in public will be critical to see if he ultimately makes a par or a birdie. Or a bogie if he does not walk his talk.

The Top Ten Best Communicators of 2009 1. Sully Sullenberger Capt. Chesley “Sully” Sullenberger is not just the hero who brilliantly landed his airplane on the Hudson River, he is a bona fide great communicator. He is humble yet has a message. He inspires yet speaks sparingly. I remember eagerly … Continue reading →
Perception vs. Reality Some don’t want to hear any more about Tiger Woods, some can’t get enough of the story, and I suppose there are even a few who don’t know what I’m talking about. This post should satisfy everyone since it isn’t all about Tiger Woods, but he triggered … Continue reading →