A Dropped Call by Google
By Kelly Decker

When Google announced Nexus One earlier this week, it got a lot 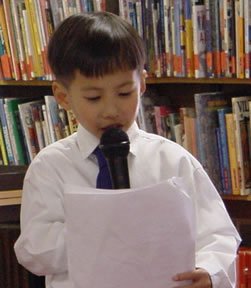 of press, but not just on the phone itself, which was mixed. But the press on the presentation itself wasn’t mixed - it was bad. Nancy Duarte said newscasters called it a disaster (though she liked the slides.) CNBC really panned it, calling Mario Carlos (the presenter) a ‘Johnson.’ It didn’t have to be that way. You can see the short clip of Mario below, and here’s a more complete version.

My guess is that the amount/time of preparation wasn’t the problem… it was HOW he prepared! (Which, unfortunately, is WAY too common.)

1. Get out of the weeds and focus on THE ONE thing, aka “The Lead of the Story.”

2. Add something (actually, anything) compelling. You’ve got to get the listener emotionally and actively engaged. We advocate using SHARPs (Stories, Humor, Analogies, References, Pictures) to help make your message sticky. He “tried” to do this by quoting a dictionary, which conjures up ZERO emotional resonance.

3. FOCUS on delivery. The falls by the wayside in so many business communications – not just the high stakes presentations. Without showing confidence and passion, he’s not motivating anyone to get that phone.

What are the takeaways?

How you prepare is as important as the time in prep. It’s not just the research, the points to make, it’s also the behaviors. Communication rides energy, and there was precious little in this presentation that SHOULD have been exciting.  So…

Rehearse a lot, and rehearse on video. If Mario Carlos just rehearsed a few times, with an audience, and with video, it would have to be much improved. Observed behavior changes. I doubt if he would not get rid of his many hesitations and non-words if he had heard them. I doubt if he would have had such a flat tone if he had heard it. And I would think he’s smile a bit if he had seen it. But too late – the time to rehearse and get better is before the event. And ideally well before the event so you don’t have to think about the behaviors. Rehearsal time gives confidence in the content, as well as in oneself.

Sure there had to be some feedback on an announcement of this size, but what kind was it to result in that performance. Honest? Helpful? Performance changing? I doubt it. Probably good feedback on the content of the slides, maybe timing, and of course what to be sure to include. But feedback on the experience itself? I really doubt it.

Communication is an experience – witness the name of our blog. It is a combination of what we say and how we say it, and the great majority of the time business people treat it like a written essay. If you say the words, people may not necessarily get it. They may be tuned out. As we were to Mario Carlos, and thus to Nexus, and thus to Google. Not a good experience.

2 thoughts on “A Dropped Call by Google”