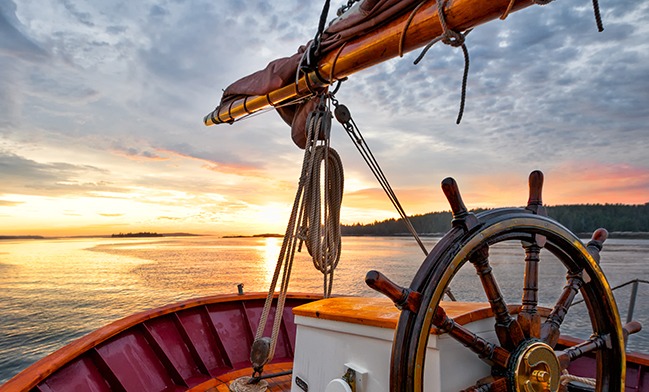 The playwright George Bernard Shaw once observed that “to be in hell is to drift, and to be in heaven is to steer.” In the two months since the U.S. Department of Health and Human Services first declared a public health emergency, many organizations have found their businesses adrift on an uncharted sea of fear and uncertainty. Business plans that were ahead of schedule in mid-January ground to a halt as the virus spread, borders closed, and social distancing moved from an awkward new phrase to a mantra of daily life.

While much remains unknown, this much is certain: the time for drifting has passed. The economic outlook for the near-term is clearer: rough seas for the foreseeable future. Employees have settled into the work from home world. Our collective disorientation in the wake of a pandemic has given way to a new normal. The months ahead will be a high-pressure exercise in change management, and success will depend on an organization’s flexibility and capacity to adjust its trajectory. In other words, now is the time for leaders to steer once again.

What lines of business still show promise? Which functional areas can open the door to transformation? Where are the innovations (and innovators) that you should double-down on to change the game? At Decker, every leader we’ve ever worked with spoke of the need to create a sense of urgency in their organization. Guess what: that sense of urgency has arrived in spades. At this precarious moment, a heightened attentiveness and palpable energy now permeate the ranks of every organization. How will you harness this nervous energy? Can you communicate a message that catalyzes growth and regains momentum?

When faced with a force he could not manage (a force named George Foreman), Muhammed Ali conceived of the rope-a-dope – a strategy whereby Ali absorbed all the fury that Foreman could throw at him. Over the past 60 days, we’ve seen the corporate equivalent of the rope-a-dope: businesses have been defensive to the extreme, having taken hit after hit as Covid-19 hammered revenue and pummeled the best-laid plans. But the thing about the rope-a-dope is that it depends on the ability to counterattack. Ali came out of it swinging and won the fight.

History shows that even in the hardest times, there are companies that come out swinging and gain competitive advantage. These tend to be the ones that act early, take a long-term perspective, and focus their efforts on growth, not just cost-cutting. Their leaders balance defensive alignment with an offensive attack. The impulse to defend is powerful, but it is also commonplace. Offense demands overcoming fear and the courage to try any combination of new ideas. Smart leaders in every industry recognize that they now have unbounded freedom to innovate. They know, as economist Paul Romer once said, that “a crisis is a terrible thing to waste.”

It is in a crisis that corporate helmsmen show their mettle. Now is the time to ask yourself: are we steering or drifting? When the distancing ends, where will you be?

The phrase “executive presence” is not new, but it’s gaining traction. I heard it referenced in seven meetings with executives from seven different companies last week, alone. What does it mean? It’s a way to describe confidence. Not to be confused with arrogance, demonstrating executive presence means showing that we … Continue reading →