We use numbers all the time. Think about it – we throw around statistics to prove the value of our products and percentages to show budget savings. We even go on and on about calories in restaurant menus. 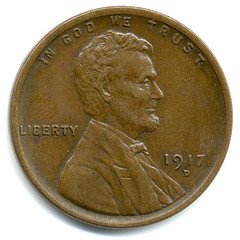 The thing is, humans have a problem with numbers that are outside of our real life context. For example, take a million vs. a billion. You know that a billion is a lot more than a million, but do you truly grasp what that means? Most of us don’t.

As explained in Made to Stick, numbers need to be human scale in order to stick with our listeners. If they stick, the listeners will have an emotional response, and are much more likely to change their behavior (read: choose your product, pass your initiative, choose salad over burger, etc.). Yes, numbers need make people feel something!

Human scale is about taking a number and making a comparison to something in our every day context. Below is a great video by @PoliticalMath, which explains a past budget cut by using pennies. (Politics is not the point – we’re looking at their use of scale).

We’ve all held pennies, and when the penny was cut in to fourths, it made $100M understandable in comparison to the rest. Wow.. that’s a small amount. We’re surprised! It’s an emotional response.

In a sales and marketing situation, let’s say you need to sell compact fluorescent light bulbs that last 7 years. A product like that should sell itself, right? Seven years may seem human scale already, but you can make it even more so. “You’ll change this light bulb when you get home from the hospital with your baby daughter, and not change it again until she’s in the third grade.” “Put the bulb in and you’ll never change it again. Average Americans move homes sooner than it’ll burn out.” “This light bulb lasts longer than the average marriage!”

So what about your numbers? Where could you use human scale? Comment with your ideas or areas where you need help, and  I’m happy to respond with some examples.

Click here for a video by Dan Heath if you want some inspiration.