Communication, leadership and process. Lessons from a great movie. 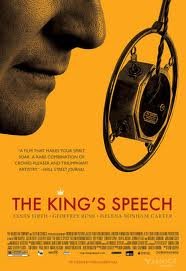 The King’s Speech is a film relevant to anyone who speaks for a living. (And that’s all of us.) Don’t miss it. It’s an inspiring communication experience, and will probably win several Academy Awards.

But this isn’t a film review here, it’s a communications oriented blog/insight/piece. If you haven’t seen the movie it won’t give anything away, but hopefully get you to go soon. And if you have already seen it, enjoy.

“You must have faith in your voice!”

That’s my favorite line from speech therapist Lionel Logue (brilliantly played by Geoffrey Rush) as he exhorts the soon to be King of England. And that is the single most important principle that any speech coach can tell their client. The fact is we all need to speak – powerfully – if we are to influence and lead. We must have faith in ourselves. And as we learn from the movie, that is particularly important to King George VI if he is to lead in a time of crisis.

The Power of Faith

The Power of the Coach

The Power of the Process

I could go on, and on. But it’s a blog post, not a book. Suffice it to say, see the movie. Have faith in your voice.